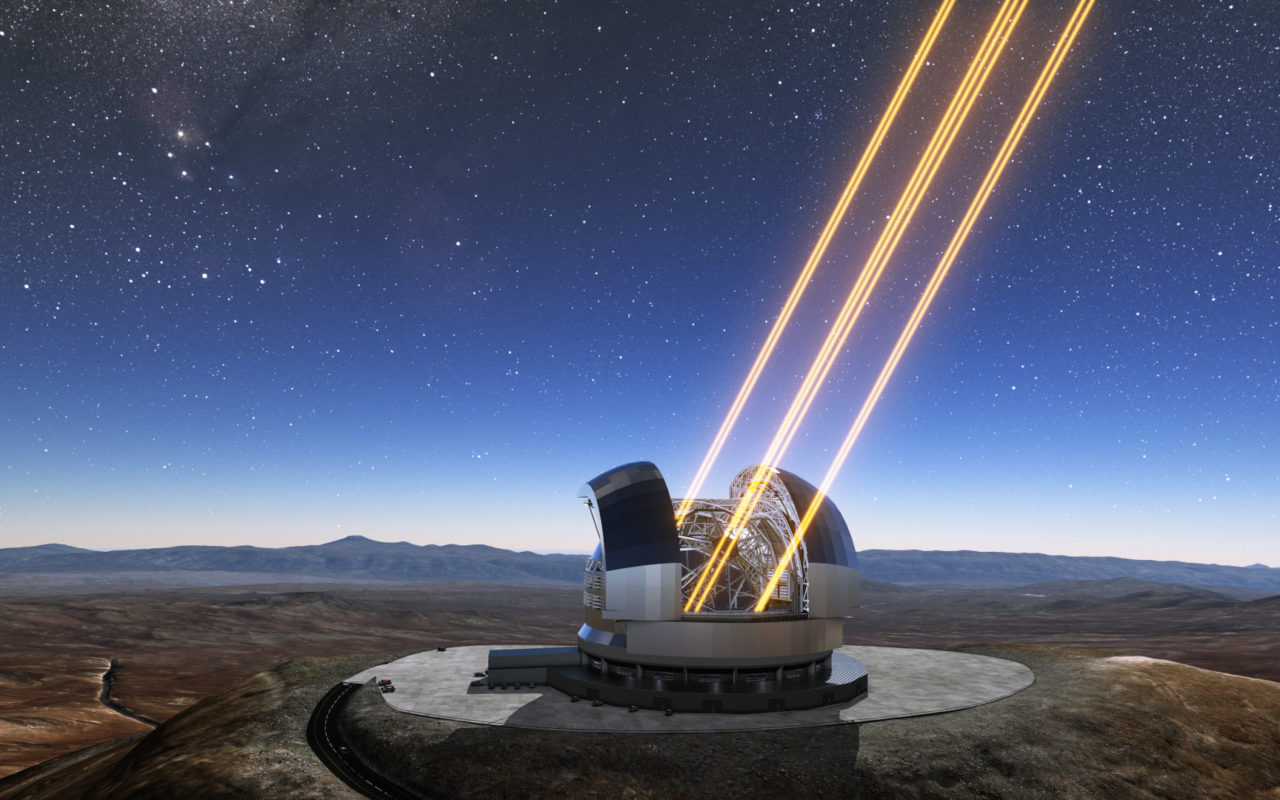 Let’s start to think about the problem we want to solve by defining the requirements that it shall fulfill. This way we can work in a structured way and have something that we can verify our solution against. When I develop software using the automation interface (AI) I define the procedures involved, i.e. the clicks and steps that I would normally do manually. It’s necessary to carefully analyze what assumptions are made about the state of the target device prior to doing this mass-deployment of software to the PLCs. The reason for this is that normally many steps of the software development is done automatically and never thought of as part of the process for this. An example of this is the selection of “Autostart Boot Project” of every PLC runtime, which makes sure that the tasks contained within this project are automatically started.

Then you also need to look at the steps which are not directly related to the software development, but instead related to the environment of where the software will be deployed. When developing the software for a single PLC, you might be connected directly to the PLC with a separate network interface. The PLCs might however run in an environment where certain features are disabled, by blocking certain types of traffic/ports. I’ll come back to this topic later.

Because the Visual Studio DTE and the TwinCAT AI does exactly what you tell it to do, you need to know what should be done. Describing the deployment of software for a single PLC involves eight steps:

Even with this detailed list there are many assumptions made about the state of the PLC. For example, it’s assumed the PLC has the correct version of TwinCAT installed and a running AMS-router, and that it has a configured network interface and that any supplements (such as OPC-UA server) are already installed. It’s also assumed that all dependencies of the different libraries are installed and with the correct version. These and many other assumptions need to be carefully analyzed and if possible, automated as well. What follows is the necessary code to execute the steps 1..8 above.

Remember the picture where I compared the VS DTE and the TwinCAT AI?

The first two steps of our list only require the DTE as these are pure VS-interactions, while the other six steps require the AI to execute.

You can write the software in many different languages. Any COM-capable languages (like C++ and .NET) and various scripting languages (like Windows PowerShell and IronPython) can be used. In this example, I will be using C#/.NET simply because of the reason that most of the Beckhoff documentation and examples are using this environment.

References for the DTE

Addition of the automation interface

To access the DTE and AI you need use the using directive.

Now you’ve got full access to both interfaces. Let’s start by initializing the DTE. For this you need to define which version of Visual Studio shall be used. For this we are using the version number, according to:

In this example we will be setting the version statically. In a production environment I would highly recommend to get this version dynamically, as the version number is included in the solution (*.sln) file of the TwinCAT project.

If the correct version of VS is not installed GetTypeFromProgId() will return an exception, which should be handled accordingly (note: for the remainder of this series will skip handling exceptions, which of course should be implemented). Because we set the version of VS used by the DTE, this particular version needs to be installed on the build machine. By setting SuppressUI and Visible properties in this way visual studio doesn’t popup when launching the script. The line dte.UserControl = false is very important as it guarantees the development environment (i.e. VS) shuts down properly once the DTE is not used anymore. If this line is not included, you’ll end up having hundreds of instances/processes of visual studio running in your system after a while eating up all system resources. I learned this the hard way.

Now that we DTE prepared, we need to tell the DTE which solution we want to use.

The @filePath is a string containing the full path to the *.sln-file of the TwinCAT project (i.e. “C:\Code\workspace\TcProject\TcProject.sln“). This path needs to be provided as an input parameter to our program. To parse input arguments from a C#-program I like to use NDesk.Options. Finally, we need to load the actual TwinCAT-project that is residing in the solution:

Note that we so far have not used the TwinCAT automation interface at all, but only the VS DTE.

Adding an AMS-route is something specific for TwinCAT and will thus require the AI. Creating AMS-routes manually is a time-consuming process as it’s not possible to create more than one simultaneously, thus it makes sense to try and automate it. Two different approaches can be used for this step.

Even though #1 initially seems to make most sense, there are some drawbacks with it. First, it assumes the network allows to do a broadcast search. Not all networks might allow this, as it can create unwanted network traffic which is especially important to consider when designing deterministic networks. Second, the firewall in the PLC might be configured to block the AMS broadcast search as it is transmitted on a specific UDP-port (48899). Third, there might be devices with an AMS-router in the network that you don’t want to create routes to (for instance, localhost is such an example in this case). This means you would need to create a list of exceptions, which would defeat the whole purpose of the broadcast strategy. Instead going for #2, we need to define the input-format for the different targets. But before doing that, it’s necessary to investigate exactly what data is necessary to create the AMS-route. Luckily for us, Beckhoff have provided us with an example in their documentation, and doing our own slightly elaborated example with three hosts:

This XML can be used by the ConsumeXml()-method residing in the ITcSmTreeItem-interface, which I’ll get back to in a minute.

The username and password might be the same for all PLCs and thus this information could be hard-coded (though this is not recommended for various reasons). Even if the passwords have been changed for all PLCs, it’s still not recommended to store them as plain text, for which special consideration would have to be needed. Other than that, we need to define the hostname, the AmsNetId and the IP-address of the target. One solution for this is simply to store the complete configuration of all PLCs in an XML-file, which path is included as an input-parameter for the program. Handling XML in C#/.NET is straightforward, and there are several libraries to handle this. I use the XmlDocument-class built-in to .NET for all parsing and generation of XML-documents. With this class you can parse your (own-defined) XML-file and generate the complete XML-string which is to be consumed by the ConsumeXml()-method in the AI. Create a class or structure to hold the target definition for a PLC.

And define a class holding the Targets in an ArrayList.

Next we will need to define a class to create the string that will be consumed by the AI to create the routes. For the sake of simpleness we’ll create this as a singleton class.

We’ll create a method in this class that takes AMSRoutes and returns a string.

In the body of this method we need to declare a XmlDocument and start populating it with all the different child objects. The usage of the different XML-classes is straightforward. You define a node and then create new nodes which you append as child objects to the root-node. By setting “InnerText” you define what text should be inside an XML-tag. Let’s start with everything up until all the targets (AddRoute).

Next we need to iterate over the routesList and add each route as a separate AddRoute-node.

And finishing the method by appending the root-element and returning the complete XML as a string.

Now that we have our XML ready to be consumed, we can start looking at how to use the automation interface to create the AMS routes. The AI requires a visual studio project to create the AMS routes. This can be any project and doesn’t necessarily need to be the project that we want to activate on the PLCs. For this example, we’ll use the TwinCAT project that we have already loaded previously. What we want to do now is to create a handle to the main interface of the AI, the ITcSysManager.

And so it goes all the way down to the ITcSysManager. What I usually do when I use the AI is to use the latest interface at the point of which the project was created. Next we need to define an instance of the interface ITcSmTreeItem. This gives access to the different tree items in the TwinCAT XAE. These are not only the items that are physically available as tree items in the solution explorer (which I wrongfully thought in the beginning), but all other TwinCAT XAE specific functionality as well. To get a handle to a tree item we need to call LookupTreeItem() (available in ITcSysManager) providing the full path for the tree item. Beckhoff have provided some shortcuts to various (commonly used in the AI) objects.

“TIRR” is what is interesting for our AMS-routes creation as this is part of the route settings.

Through the ITcSmTreeItem interface we can interact with the Real-Time configuration object that we have just created. One of the methods that the ITcSmTreeItem has is ConsumeXml(string bstrXML). This allows us to insert the XML-string created by our
CreateRoutesXMLString() method.

ConsumeXml() will throw an exception if one of the routes fail to be added. An option to create all routes at once is to simply create them one by one by doing a call to ConsumeXml for every PLC (although with only one AMS-route in the XML-list). The advantage of this is that we will know whether we have working communication to all AMS targets prior to do any eventual upgrade of the software. I would want to finish this step by saying that it’s important that you consider all kinds of use-cases for this application. For example, what should we do if one of the PLCs breaks and we only want to apply the software to one PLC and not all? The same can be said if only one PLC is not reachable, do we want to continue uploading the new software to the other PLCs or break? In this case it might be interesting to add an option where we only select a subset of all the devices in the XML-file to apply the commands to.

Now that we have AMS-routes created to all PLCs. In the next (and final) part we will investigate uploading the new software to the PLCs.

Continue to next part.

ELT in operation by ESO/L. Calçada from www.eso.org